When we first looked at Laravel earlier this year we focused on the security features it possessed and why it was such a popular framework that top web design and development companies in Pune, like CodePlateau, use it. Laravel has just recently been updated to version 5.7.13. It’s the constant updates that Laravel receives that make it such a popular framework for web developers and web development companies to work with. In this blog, we’ll be looking at the whole host of changes that have been introduced with the latest update.

Not many companies provide an update cyclefor their applications. You have to keep guessing and this is important todevelopers to understand how they’re going to move forward with their plans. Asper the release cycle updates provided by the company Laravel will receive 2major updates every year.

The first major update will be in June and the other normally by the end of the year. While the framework has been updated the previous versions will still be supported for up to 6 months and provided while the newer version receives bug fixes and minor updates.

It’s important for web development companies to know when they need to perform updates and when new versions will be available so they can plan around it. However, if you want to stay to developers the latest release information you could visit the following link:

Here are the changes that have been added to the new release of Laravel:

Apart from the above changes Laravel version 5.7 known as project Nova has also introduced the following features

Laravel continues to be an outsider’s choice when it comes to web development framework; however, it is quickly building up a steady reputation for itself. Here are some startling statistics about Laravel use in India and abroad.

CodePlateau is one of the top web development companies in Pune India that uses Laravel to develop top notch web applications for our customers. We have some amazing work to show in our Portfolio section which highlights the great work we can and have achieved using Laravel. If you are interested in knowing more about Laravel or would like a web App developed for your website, get in touch with us today. 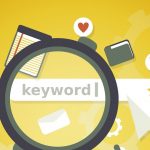