How Can Augmented Reality Fit Into Mobile Apps?

Augmented reality (AR) is the projection or the integration of the real world into a virtual one. The integration takes place through various interfaces in real-time, which gives reality an improved makeover. The view that the user gets accordingly is a reality that has been augmented with the help of technology.

AR uses technology such as Simultaneous Localization and Mapping (S.L.A.M.) and depth-tracking. It is different from virtual reality (VR) in that VR excludes reality completely and projects a virtual one in its place, while AR uses reality and presents it in an enhanced way.

Augmented reality fits into mobile apps by making use of phones’ cameras and sensors so as to enable the users to view reality in a wholly composite manner. The phone as a medium improves upon the reality to suit and thereby fulfill the user’s needs.

The fields that have made the most interesting use of AR apps are gaming, architecture, real estate, archaeology, tourism, etc.

1. Gaming:
The best example of an AR gaming mobile app is undoubtedly Pokémon Go. The game became quite popular and gained a huge number of users just a few years back. Pokémon Go uses reality which it then integrates with the game to give the player the digital gaming experience in the real world.

2. Architecture and Real Estate:
There are a number of AR-based mobile apps, like Realar, which allow users to view and navigate through, and thus choose, the house of their dreams by virtually viewing the rooms, and even allowing us to add furniture or remove them, just to get the complete feel of actually being there.

3. Archaeology and Tourism:
There are apps that let us view actual geographical places from historical points of view. Apps like CityView AR simulate actual places. Projects such as StreetSmart and Futuristic History have conducted research into letting tourists view information visually. History buffs and travelers could then compare, say, the city of Florence during the Renaissance and Florence as it exists now, in the 21st century, and the actual variation in architecture, roadways and marketplaces that existed between the two centuries.

Apart from AR and VR, Mixed Reality, or MR, which combines features of both AR and VR, is another phenomenon that is making its mark in the field of technology. The first MR-based app, HoloLens, was released by Microsoft in 2016.

We hope that this article has provided a perspective on AR fitting into mobile apps. Please do share your feedback as comments below. 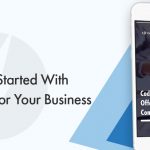 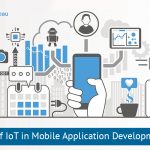